Gene-Based Embryo Selection: Are 'Designer Babies' on the Horizon? 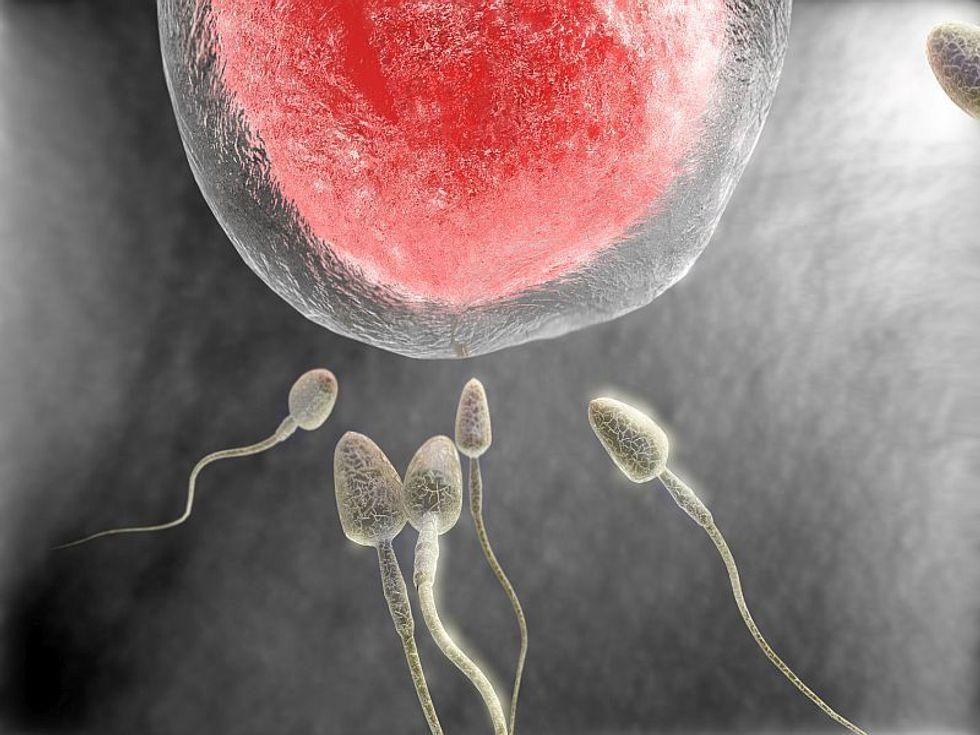 The notion of parents picking out genetically perfect babies may seem like science fiction, but bioethicists warn in a new report that some companies have already started to offer couples going through in vitro fertilization (IVF) the means to pick better embryos through polygenic scoring.

Polygenic scores are a "weighted average of the contributions of all of the genes we have information on in the genome, to try to predict whether one person has a higher or lower rate of a disease or some trait," explained Patrick Turley, an assistant professor of research with the University of Southern California's Center for Economic and Social Research, in Los Angeles.

Couples might be tempted to use polygenic scoring to pick embryos predicted to have specific traits they treasure, hoping to produce kids who are taller, smarter, or less likely to develop cancer or heart disease. However, polygenic scores aren't as predictive right now as genetics companies might claim, and there are a lot of potential pitfalls about using them to select an embryo, the experts argue.

"People are just lousy at understanding probabilities. We're just not good at it and that's what polygenic scores involve," said Michelle Meyer, assistant director of research ethics with Geisinger Health System's Center for Translational Bioethics and Health Policy in Danville, Penn. "They aren't guarantees at all. They are very much predictions, and they are infinitely worse than predictions about the weather, which we all know are imperfect."

But even though the technology is currently flawed, it is expected to improve as scientists expand their understanding of genetic risk.

As it does, this service will open up the possibility of a future where there will be genetic haves and have-nots, Meyer added.

Given the disparities already present in medicine, it's not too far-fetched to consider, said Meyer, who co-authored a report on the trend in the July 1 issue of the New England Journal of Medicine.

"You're going to have a narrow segment of society who is more likely to benefit from [polygenic scoring] than others, so there's some danger of furthering disparities," Meyer said.

For the moment, experts are mainly concerned that prospective parents are being given false promises related to polygenic scoring of embryos.

Scientists just don't know enough about human genetics to make firm promises that these scores will have significant bearing on the individual traits of such "chosen" children, Meyer said.

"There's a lot of risk and uncertainty, and we worry about whether people really know that," Meyer said. "Companies don't have the incentive to help consumers understand the limitations of the service that they're offering. Their built-in incentive is to emphasize and perhaps overemphasize the benefits and underemphasize the limitations."

For example, parents might want to use polygenic scoring to reduce the risk of having a child of short stature.

But a child chosen in this manner could be expected to be just 1 inch taller than average, "an outcome that is unlikely to be practically meaningful and that in any case might surprise parents who believe they had successfully selected against short stature," the report stated.

"Genes don't usually do just one thing. When you select an embryo based on a decreased risk for one disease, like cancer or diabetes, you may be selecting an embryo that's at increased risk for some other disease that we just don't know about," he said.

"If you select an embryo that's predicted to have the highest educational attainment, that also would theoretically increase the risk of your child eventually having bipolar disorder," Turley said. "That's a relationship we know about."

An embryo selected on the basis of the polygenic score for educational attainment would have a 16% increased risk of bipolar disorder, for instance, with the resulting child's absolute genetic risk for bipolar increasing from 1% to 1.16%, the report stated.

Broader societal implications come into play when you consider who can afford IVF in the first place, and which groups now benefit from more knowledge of human genetics.

Who can afford it?

IVF costs tens of thousands of dollars per cycle and is not covered by most insurance, Meyer said, making it a procedure that only well-off couples can afford.

People with means also are more likely to be on the winning side of health disparities already present in the United States.

"There's a separate risk that over time and in the aggregate this could widen or exacerbate health disparities and other sorts of disparities that already exist," Meyer said. "That's because not everybody is going to have equal access to this technology."

And even if a Black, Asian or Hispanic couple can afford IVF today, they're not likely to benefit as much from polygenic scoring of their embryos.

That's because most of the genetic information gathered thus far has focused on people of European ancestry, making the scoring more accurate for those folks, the authors said.

Meyer would like the Federal Trade Commission (FTC) to step in and protect couples from the false promises of genetic analysis companies.

"The Federal Trade Commission should simply enforce its truth in advertising laws," Meyer said. "The agency should become aware of these companies, that in a very short space of time there are multiple companies that have sprung up. They should monitor their marketing materials and campaigns, and ensure that the materials, per FTC law, are truthful and non-misleading.

"They have done that in the past with IVF clinics, when they would advertise certain pregnancy rates, so there's some precedent for that," Meyer continued.

Beyond that, the field of polygenic scoring needs more research to determine how to best communicate the risks and promises of this technology to average people, Meyer added.

"We are at the cutting edge," Meyer said. "People who study things like risk communication are just beginning to do empirical research to figure out how people understand or fail to understand polygenic scores, and how can we communicate them to them in a way that mitigates those risks of communication."

Armed with that research, professional medical societies should develop policies and guidance regarding the use of polygenic scoring and how it's explained to couples, Meyer said.

There also needs to be a society-wide conversation about whether polygenic scoring is something that ought to be done.

"Do we want to be choosing the kinds of kids we have? Should we look at parenthood more as a gift, and should we try not to select so much for it?" Meyer said.

Meyer noted that the door is already firmly open for this sort of testing in IVF.

Pre-implantation genetic diagnosis is a common procedure used during IVF for couples with a high risk of transmitting a known genetic condition to their offspring.

"Bioethicists have been working on these types of issues for a few decades, so I think a lot of people would say we're pretty well down the slope at this point," Meyer said. "That Rubicon has been crossed already, and there are people who use it to select for or against traits that are controversial," such as deafness, dwarfism and Down syndrome.

"Here we are expanding that problem to a lot of other traits," Meyer said of polygenic scoring. "In theory, if you start selecting against embryos with different traits, you then wonder about the people whose parents didn't use that technology, or they used it but because it's not a perfect predictor their child ended up having that trait anyway. How do their parents view them? How does society view them, when there's a signal that this trait or outcome is not valued?"

The National Society of Genetic Counselors has more about polygenic risk scores.

WHO Calls for Pause on Booster Doses

Will the Delta Variant Peak and Then Burn Out?